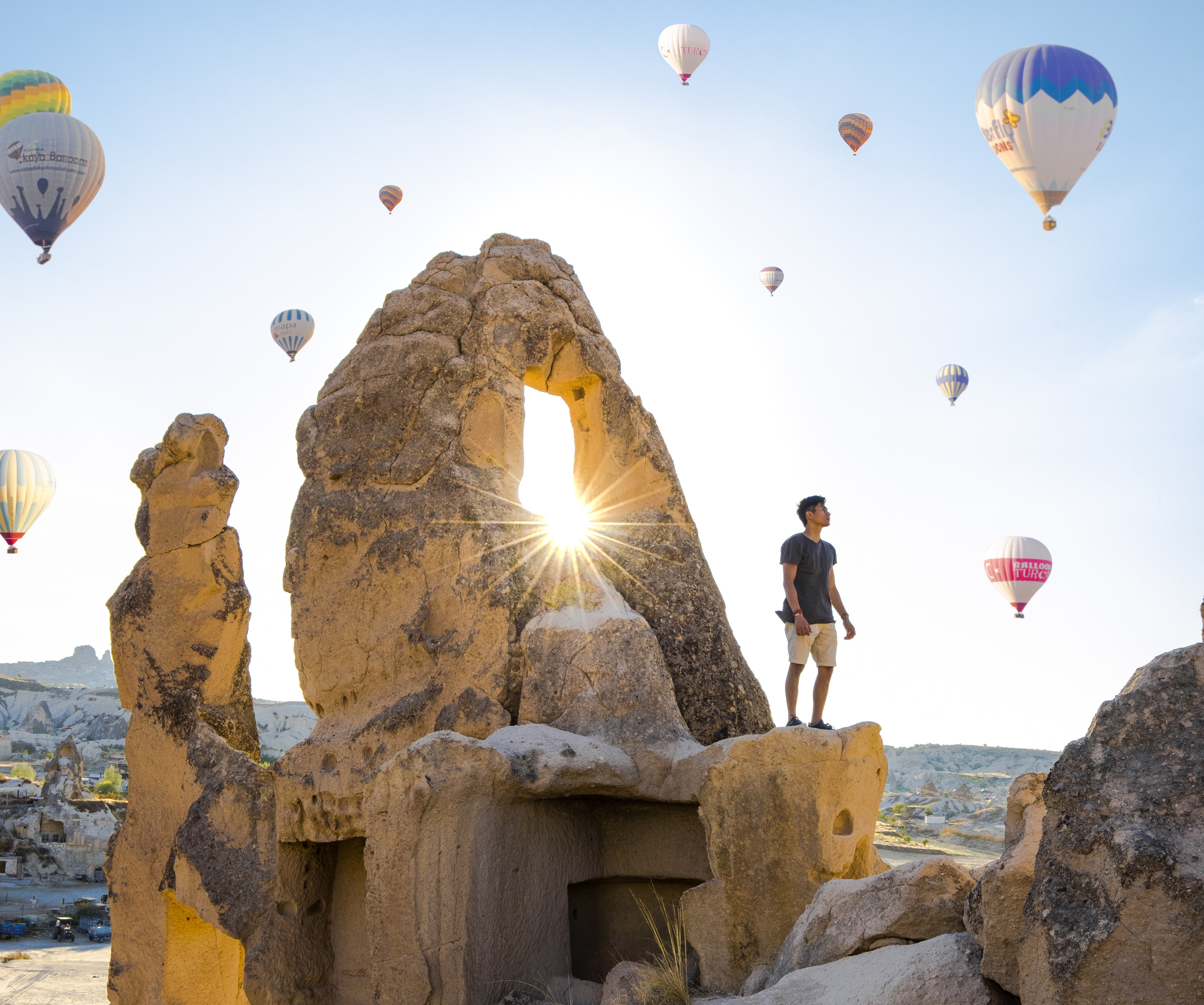 Looking for your next big adventure? As travel becomes more accessible, it’s harder to find truly authentic yet exciting places to travel or places to go after you’ve checked the major items off your bucketlist. We’re here to give you some off the beaten path destinations to add to your list, or to add on to the trips you’re already dreaming up.

Within the Fiordland National Park is Milford Sound, a magical combination of mountain peaks, dark calm waters, majestic waterfalls, and wooded cliffs. This pristine natural wonder, once regarded by Rudyard Kipling as the eighth wonder of the world, can be explored by kayak, on foot, or even by plane. The fiord is home to a wide variety of sea life such as fur seal colonies, rare black coral, penguins, and dolphins many of which can be seen at the Milford Discovery Centre and Underwater Observatory.

Behold this geological wonderland from a hot air balloon, or catch the balloons taking flight from afar among the landscape. Cappadodia, a UNESCO world heritage site, is packed with rock formations. Some of these formations were created by millions of years of ecological phenomena to create spires up to 130 feet tall, while the caves and tunnels were carved up to eight stories deep into the volcanic rock by early civilizations.

Experience Naadam, the traditional Mongolian festival held each July in the country’s capital, Ulaanbaatar. This event highlights the country’s nomadic culture and celebrates traditions in arts and sports via wrestling, horse racing, archery, singing, and dancing. After the festival, you can arrange to live with nomadic families and experience the vast Mongolian steppe, or grasslands. Stay in a ger, a nomadic-style round tent, and learn their eloquently simplified way of life.

Some say the Azores are the new Iceland – a relatively untouched, lowly populated island full of natural wonders. An archipelago of nine volcanic islands off the coast of Portugal, the Azores are an up and coming travel destination to look out for. With sights and activities like spa-like volcanic caldeiras, whale watching, waterfalls, canyoning, and kayaking, the Azores have everything to offer for both adventure and relaxation. Take advantage of the growing, but still young, tourist industry and get ahead of the crowds by going as soon as possible.

After exploring the busy markets of Marrakech and buying some argan oil and saffron, make your way through the Atlas mountains to the Merzouga Desert. Ride a camel out into the seemingly endless dunes to a luxurious berber tent, which is the local form of “glamping” with beds and bathrooms. Before you go to sleep, be sure to look up to see the night sky lit up with stars, and wake up early for the sunrise over the dunes to complete the experience.

Take a boat from San Juan to Lajas at night to view the ecological phenomenon of bioluminescence. 3 of the 5 bioluminescent bays in the world are in Puerto Rico, where the bioflagallates, microorganisms that cause the beautiful glowing effect, thrive. Though this effect is notoriously hard to capture on camera, the experience is one you’ll have a hard time forgetting.  Be sure to jump in and swim with them, as they only glow when they are moved.

Experience the Great Barrier Reef, the world’s largest coral reef system. Though it’s visible from space, view it up close by snorkeling or even get your scuba diving certification to get the full view of the variety of coral and the 9,000 species of marine life that lives within it. Even outside the ocean you can find biodiversity in Cairns rainforest, where tours focus on how to preserve our ecosystems by introducing the vast array of animals and plants that coexist there.

Though the 12 hour hike is challenging, the view is more than worth it. Trolltunga, or the Troll’s Tongue, juts out past the mountains, 700 meters above the lake. Other than the big hike, you can visit the surrounding lake and fjords, inlets created by the movements of glaciers. In nearby Hardangervidda National Park there are other amazing hikes such as Husedalen which has 4 waterfalls along its route.

You’ve been to Rome and Florence, probably also Cinque Terre, Milan, Venice, and the Amalfi Coast. If you think you’re done with Italy, but you’re not, at least until you’ve been to Sicily, the toe of “the boot.” It’s the Mediterranean’s largest island, home to Europe’s largest active volcano, and is lined with gorgeous beaches with limestone cliffs. Though it still has a classic Italian charm, it has its own unique culture, architecture, and cuisine from being ruled by empires such as the Greek, Arab, and German. Plus, it’s not full of tourists yet, so you can enjoy that famous Italian hospitality in peace.

Even if you’re not ready to summit Everest, you should still head to Nepal. Kathmandu is not only a gateway to the picturesque hiking areas that surround it, but also a bustling city itself full of markets, street food, and renowned unique Buddhist and Hindu temples. Switch off between days of mountain biking or hiking in the mountains and exploring the city and eating momos, the local version of dumplings.

Fan of Game of Thrones? Visit Dubrovnik, a port city in Croatia to view some of the sets of the famous TV show. In the city you can laze on the picture perfect Banje beach that’s 20 minute walk away, try a platter of the freshest seafood, or walk the Muralles de Dubrovnik, the city walls that offer scenic views. If you’re looking for something to do in the evening, drink a beer and then jump into the ocean from a cliff at Buža, a cliffside bar, or you can catch some electronic music at Club Culture Revelin, a 16th century fortress-turned-club. Once you’ve explored the city, take a day trip to bordering Montenegro to explore the bay of Kotor, another Game of Thrones set, or rent a boat or take a kayak tour to experience the beauty of the deep blue Adriatic Sea.