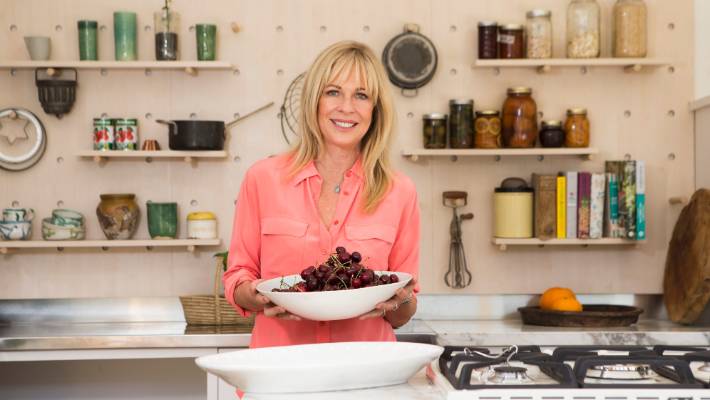 Annabel Langbein has searched the world for the most delicious recipes. Here she gives us the ingredients for great travelling.

Jungle – I like being amongst trees and vegetation and I very much like having my feet on the ground. I like the sea but if you gave me a choice of the jungle for a week or sailing around the world for a week, I’d pick the jungle because I get terribly seasick. I wouldn’t choose the mountains because I don’t like being cold or worrying about falling down a crevasse, or the desert because I don’t like aridity. I like to see things grow. In a jungle there so much growing – it’s so luscious. In some ways, the southern beech forests of New Zealand are jungles, but not tropical jungles – jungles without the creepy crawlies.

I remember going to Singapore with my mum when I was 16. That was my first big overseas experience and I can still remember stepping off the plane and feeling that wash of heat and all the smells of the tropics. In those days it was such a foreign culture, with street walkers, opium alleys and life on the street. It was such a culture shock.

Going somewhere I have never been before so I have no idea of what to expect. I love going on adventures on my own. It’s easier if you can speak the language, so you’re not such a foreigner and can make a connection, whereas if you don’t have the language you are much more on the outside. So usually I like going to somewhere in central South America or Spain because I speak Spanish. I’m probably more interested in going to those places than somewhere where people speak English – going into a culture that’s very different is quite appealing.

New Zealand is a very special place to be and often when people say, ‘It must be so thrilling to be going overseas all the time’, I think it would be nice to just be going down south to our cabin at Wanaka, where my new book Annabel Langbein The Free Range Cook was shot!

I also love Sicily. Historically it has been the crossroads of many cultures, including African, Italian and French, so culturally it’s very rich. It’s much more cosmopolitan than you’d think but it’s still very traditional. People are still living a rhythm of life as they have for hundreds of years – they still dry their tomatoes on the roof, get together and have festivals and celebrate simple things. I like going somewhere that has that cultural integrity.

Other favourites are the coast of Brazil, Abruzzo across the Apennines from Rome, and Ibiza – if you get away from the crowds and you go in the summer when the smell of pine is in the air. If I think about it, they are places that aren’t big touristy cities. They are out-of-the-way places that are often by the sea. Except Paris – I love Paris!

At the old railway hotel in Hua Hin, on the coast of Thailand. It’s set on 20 acres of gardens and the Royal family used to go there all the time so it’s very old-world glamour with things like a topiary elephant made out of bougainvillea. But I wasn’t just lounging around the pool – I spent four days in the kitchens and learned how to make lots of fantastic Thai food.

A notebook for writing down recipes and experiences, and a camera because when I look at photos later they take me back to that day and those people and what we ate. And a pair of party shoes.

Kota Kinabalu in northern Borneo because it was such a culturally rich experience. You could still be with a medicine man and visit a longhouse where there were headhunters and honey gatherers and amazing old woven wedding skirts. It was such an intact culture, but already I could see that it was changing fast. You can read more about my trip there on my website.

I haven’t spent that much time in Asia but I would like to go into Burma and I’d like to go to Bhutan, the country that invented the concept of gross national happiness!

I probably have quite a few! For me the greatest luxury of travel is that I get some time on my own, time out from my busy everyday life. It sounds selfish but it’s such a luxury to be able to do whatever I feel like doing. If I want to read a book or get room service, I can – I don’t have to worry about anyone else.

Aisle. I hate making other people get up when I want to get up.

Who is your ideal travelling companion?

I don’t like travelling with anyone who needs to know in advance exactly what time we’re going to arrive and what we’re going to have for dinner. I like a companion who shares a sense of adventure and is open to whatever the day brings.

Best meal on the road? Worst?

I’m terribly spoilt because I eat for a living so I get to taste all kinds of amazing food all over the world. At one end of the spectrum is a 15-course degustation menu I had recently at Vue de Monde in Melbourne. It took me five and a half hours to eat – too long to describe here but you can read all about it my blog.

But there are simple meals that are equally memorable. I’ll never forget a simple but exquisite picnic lunch of rustic bread and caponata I shared with weather-beaten grape harvesters in an Italian vineyard when I was there researching my book Savour Italy. You can read the whole story on my website.

My worst meal is another story! A few years ago I had Christmas in Colombia with a family up in the hills of Bucaramanga. I was really homesick because, unlike my own family experiences of Christmas, with presents and stockings and gargantuan day-long eating, there was just a rather motley table of cold corned beef and overcooked veg dished up on Christmas Eve, followed by all-night salsa dancing (there weren’t enough men so they passed the broom – that was quite fun!). The next day when I was quizzing them about their special food traditions, they said for a treat since I was an overseas guest they would make a very special Christmas dish. We all got in the car, drove to the abattoir and picked up a bucket of fresh blood (by this stage I was starting to feel a bit queasy), then they took it home and boiled it. Nothing else – no salt or pepper even – and THAT WAS IT. The smell was just so disgusting I could not even eat it.

Most surprising place? Most disappointing?

Going to the outer islands in Vanuatu was really wonderful. I thought it was going to be that cargo culture of people buying canned corned beef, but I found these wonderful people who pointed to the sea and said, ‘This is our supermarket’.

The most disappointing place was Acapulco in Mexico, which was just this zoo of tourism, and I also found Bali disappointing – just people trying to sell you something.

Where do you NOT want to go?

Who/what inspired you to travel? Any travel heroes?

My grandmother was a great traveller. She used to travel on her own and she would come back with these great stories and treasures. When we were kids we would sit up in bed with her and she would make cups of tea and squares of toast with Marmite and tell us about her travel adventures.

I was also inspired by Bruce Chatwin’s book In Patagonia. I read it before I went to South America and I really responded to that kind of travel writing.

What do you listen to on the road? Any song take you back to a particular time or place?

Now I travel with my computer and I just log on to Spotify or itunes. I can put samba on and I can be back in Brazil crossing the border during carnival. But mostly I don’t travel with earphones and an ipod. I like to experience the now.

What do you read?

It’s a really great time to read when you’re away. I always stop at a bookshop and get a couple of novels to read – usually ones that are recently out. I just ask what’s fantastic at the moment – usually fiction but not crime or thrillers. I’ve just finished Lloyd Jones new book Hand Me Down World.

Is there a person you met while travelling who reaffirmed your faith in humanity? Anyone who made you lose it?

My wonderful friend Daniele Delpeuch reaffirmed my faith in humanity. I met her when I was a young student and was drawn to her because of her openness to life and her curiosity. We became lifelong friends – you can read about a visit to her French trufferie on my website.

As far as bad experiences are concerned, I’m sure there was someone somewhere who wouldn’t let me get on a train because my ticket wasn’t stamped in the right place. You have odd things happen to you when you’re travelling, like you have your passport stolen, but on the whole I have been lucky.

What’s the most impressive / useful phrase you know in a foreign language?

“Donde esta el bano, por favor,” which means “Where is the bathroom please” in Spanish.

What is your worst habit as a traveller?

I always order too much food in a restaurant because I’m greedy at the idea of these new things I’ve never tried before.

Snowbound in a tent in Anarctica, how would you entertain your companions?

When and where in your travels have you been happiest?

I had the most brilliant holiday in Sicily. I swam for an hour and a half every day, then we’d go to the market, buy some fish or whatever, come home and light the fire. We’d cook over the fire and have a nice bottle of wine. It almost doesn’t matter where you are – it you can be with nice people and there’s a market to go to and wild apricots or figs to pick off the trees.

What smell most says ‘travel’ to you?

That hot Asian city smell. Because it’s so humid it’s all in the air at once. It’s fish and it’s duck and it’s durian fruit and it’s frangipani and it’s fresh and old at the same time, and there’s a hint of sewer in there too. Then I really know I’m travelling!

Given a choice, which era would you travel in?

Now. Because I can get there quickly and it’s far more comfortable. I’d really like to get to the point where we can just be teleported somewhere. They reckon they’re going to be able to send you up, the world will turn and you’ll come back down again where you want to be. A jet pack would be quite handy!

If you could combine three cities to make your perfect metropolis, what would they be?