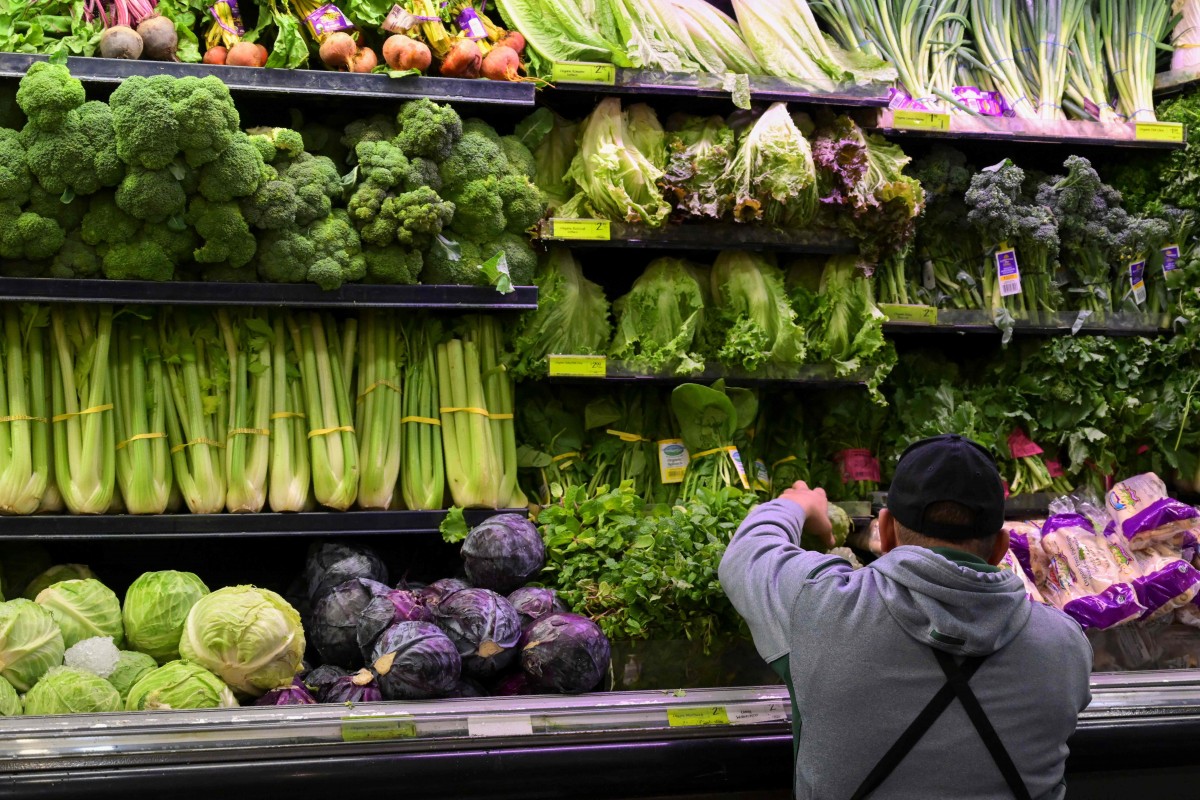 Hummus may be catching on across Europe, but eating well as a vegan isn’t just about getting your basic needs met. On holiday, as at home, a little variety doesn’t go amiss, but choice is seldom the order of the day when it comes to vegan grub. One might be forgiven for snubbing seaside towns, cities with sub-zero winters and, well, anywhere where folks will flesh out their menus with as much meat and fish as tradition dictates.

In my personal experience, places like these tend to show the least mercy to the travelling vegan. But before you forgo any destination in favour of playing it safe, consider the following survival tips that won’t see you starve…

The Bay of Naples, where fresh fish and locally-sourced mozzarella are on hand to satisfy the non-meat eater, doesn’t have a great deal in the way of vegan food. Save from removing the cheese from an otherwise vegetable heavy – and rather humdrum – ensemble, chefs’ means of accommodating the vegan diet are satisfactory at best. It’s also typical for Neapolitan waiters to pass comment on your dish of choice, or, when requesting something suitable for vegans, to stare and cry oddio! or perché!?

How to get by: If you don’t want incredulous waiters to scoff while you… scoff, it’s worth doing a little planning before ordering a pecorino salad without the pecorino. In terms of eating out, some of the few vegetarian restaurants like Sorriso Integrale (Piazza Bellini) do serve up tasty vegan options, while specialist pizzerias like Da Michele (Via Cesare Sersale) offer pizza alla marinara, whose three ingredients – tomatoes, garlic and oregano – make for a delicious vegan bite. Lunches on the go can be managed if you stop by any small deli and stock up – most sell fresh baguettes and interesting fillings like olives, oil-soaked artichokes and sliced aubergine.

Need to cool down? While cities such as Florence and Venice have embraced soya ice cream like it was going out of fashion, only Caffe Augusto on the nearby isle of Capri serves up soy gelato.

To say Dundee was the worst town in Scotland for vegans would be unfair, but for its size, the range of options isn’t great. Where stodgy meats and butter-soaked pastries are plentiful when winter creeps in, you’ll be hard pressed to find a roasted vegetable wrap atop the bakery stands. Small cafes and take-away stands won’t have much in the way of vegan dishes, unless you’re prepared to eat baked beans for the duration of your stay. And as for soya milk – forget it. Unless you fancy being branded a hippy and chuckled at shrilly, stick to black coffee.

How to get by: Vegetarian B&B Alberta Guesthouse (Forfar Road) makes for a good base, as vegan breakfasts, complete with mushrooms, tomatoes, toast with soy butter, potato waffles, beans and Linda McCartney sausages, can be easily adapted from the vegetarian version. As far as lunch and dinner goes, look to specialist stores, such as The Health Food Store (Commercial Street), for bags of tortillas, pulses, and dairy-free dips, as well as vegan cheese and cereal bars. When dining out, try Italian restaurant Bellini Dundee (Commercial Street): for vegans, starters such as focaccia ai pomodorini e oregano (focaccia with tomatoes and oregano), and mains like penne arrabiata (without the spicy sausage) are both tasty and filling.

Want to chow down on some haggis? The vegetarian version is becoming more widely available, but most recipes require eggs as a binding agent. Try asking Drouthy’s (Perth Road) if they’ll adapt their vegetarian version to suit a vegan diet – some places are willing to prepare an alternative if you request it in advance. Failing that, they do rustle up a lovely hummus and roasted red pepper sandwich…

When it comes to choosing a city break, the chilly Latvian capital might not be everyone’s cup of tea, but among vegans, it’s likely to fall even lower on the must-see list. As in many former Soviet countries bordering Russia, it can be tricky to order a meal without meat, let alone without dairy: here, mayonnaise, sour cream and butter find their way into almost everything. A friend of mine once visited Riga and tried to get by on a lactose-free diet; he lived, but he ate that many pistachios in place of proper meals he noticed an outbreak of calluses on his fingers from all the shelling.

How to get by: To avoid nut-induced repetitive strain injury, make the most of the vegan/vegetarian restaurants available. According to happycow.net this blowy Baltic city has one of the former and four of the latter, meaning a varied diet is possible on your trip but not exactly cheap. If you want something on-the-go, street food is not to be snubbed: a piping mug of borscht soup (without the almost inevitable drizzle of cream – make sure you utter a well-timed ‘nyet!) or a doughy piroshky with a cabbage or berry filling are great for tiding you over.

After trawling round this seaside town for what seemed like hours in search of vegetarian chips (most chips are fried in beef dripping, not vegetable oil), I wonder if my inclusion of Scarborough is more a nod to my aching, frozen limbs than a warranted feature. On a serious note, British seaside towns are awash with fish terrines and battered meats, but don’t always cater well for people on vegan diets (coeliacs might struggle too – chips are often coated in gluten as a result of their being fried in the same oil used for fish batter).

How to get by: To its credit, Scarborough has a fantastic all-vegan restaurant and take-away called C-A-L-F (62 Eastborough Road near the seafront). Diners will find bagels, hot meals and a range of sandwiches, not to mention indulgent vegan desserts. Cafe Venus (Ramshill Road) serves vegan options as well. However, the fried food, chewy candy and ice cream remain largely the preserve of the omnivore; only Small Fry on North Street serves chips in vegetable oil. For picnic food, try stocking up in Fairchild’s Green Shop (Victorian Road), where you’ll find organic and locally sourced fruit, vegetables, jams, spreads and juice.

The number of vegetarians in Portugal was estimated at 200,000 in 2012, a figure somewhat dwarfed by the number of British who claimed to be vegetarians that same year: about 4 million. In a country where veganism is still in its neonatal stages, finding a restaurant outside the capital that caters specifically for vegans isn’t exactly child’s play. In the southern city of Faro, you’ll be hard pushed to find anything on the menu that doesn’t have a face: where meat doesn’t reign supreme, you can bet it’ll be ‘catch of the day’ scrawled across the restaurant’s chalkboards.

How to get by: Restaurants Gengibre E Canela (Rua Santo Antonio) and O Ribatejano (Rua de S. Luis) both serve vegan dishes; try the former for a spiced tofu and courgette ensemble followed by a vegan chocolate mousse to finish, and the latter for raviolis with quinoa and millet. For something quick to take to the beach, take advantage of the North African influence on local gastronomy and opt for something legume-y; Faro is full of take-away cafes stocked to the nines with tubs of hummus, olives, pita and falafel, so make like a Moroccan and go all out on the finger food.

For a sprawling seaside metropolis, La Rochelle, on the west coast of France, has surprisingly few vegan/vegetarian restaurants. Only ‘veg-friendly’ options exist, though it wouldn’t hurt to be cautious as a vegan: where the salads may not contain cheese, they’re leafy exterior is bound to belie some buttery or honey-glazed truth. From La Rochelle to St Jean Dangely to the east, simple cuisine relies on stoic centrepieces made up of meat, fish or cheese.

How to get by: A stay at the Vieux Monastere (Rue St Martin) will set you up for the day: providing nutritionally-balanced vegan meals, this rustic countryside retreat is known for its flesh-free ethos. When taking lunch in the city, go for breads and oils, fries and fruit salads; for dinner, best to opt for pizzas without the cheese, pasta with tomato-based sauces and… Chinese food. Le Jardin des Saisons (Boulevard Joffre), for example, serves up delicious rice-based dishes with locally-sourced, seasonable vegetables, most without even a whiff of fish sauce.

Probably owing to Århus’ large student population, vegan restaurants do exist: Rabar (Vester Alle 15), for example, serves all manner of vegan delights from sushi to ice cream. There’s not much scope for vegan dining in general, however, and a balanced, relatively cheap diet will require some good prior research.

How to get by: While not exactly famed for their love of vegan cuisine, Danes are big on organic produce. Even in the cheapest grocery stores, there’s enough supply to meet one of the biggest demands for organic fare in Europe, so stocking up on fresh snacks is a doddle. Larger supermarkets do sell soy milk, soy yoghurts, vegan cheese and tofu, not to mention hummus, seitan and millet, but they don’t come cheap.

Lucky, then, that Århus has a huge ‘dumpster living’ culture complete with Facebook groups and organised ‘dives’ (it’s even possible to arrange for a car to pick you up and transport your ware home post-forage)! And if, after all that, you need something to slake your thirst, rest assured – Danish Carlsberg is vegan friendly.