Looking to cool down in the heat? From Scarborough to Cuba, here’s where to enjoy cooling and surprising ice cream experiences – and find the world’s most unique flavours. Sweet, sweet relief!

Thanks to the book Eat Pray Love (and subsequent movie), Il Gelato di San Crispino in Rome is the first stop for people looking to turn their life around with a tub of zabaione-flavoured ice cream.

Designed to be eaten straightaway – and created using only natural ingredients – the age-old recipes have been skilfully adapted to suit modern tastes.

Like to be spoiled for choice? Then Heladeria Coromoto is the ice-cream parlour for you. With a record-breaking 860 flavours on offer, the menu takes up an entire wall.

The store is run by Manuel Da Silva Oliveira. His first attempt at an unique ice cream flavour was avocado, but he has gone on to create even more adventurous tastes – such as trout, hot dog, and wine and mushrooms.

The house special is pabellon criollo, based on the traditional Venuzuelan meal of beef, beans, rice, plantain and cheese.

Manuel insists that all the ingredients he uses are natural. “If you eat the spaghetti with cheese ice cream,” he says, “it has real spaghetti and cheese in it.”

When his career as a classical bassoonist stalled, Doug Quint bought himself an old ice-cream van and tweeted his location to followers on Twitter. His speciality was unusual toppings  – wasabi and sea salt, for example – and equally unusual names (Salty Pimp, anyone?)

Five years on, Big Gay Ice Cream has got two stores in New York, a book, and a really catchy theme song written and performed by Jane Weidlin from The Go-Gos. 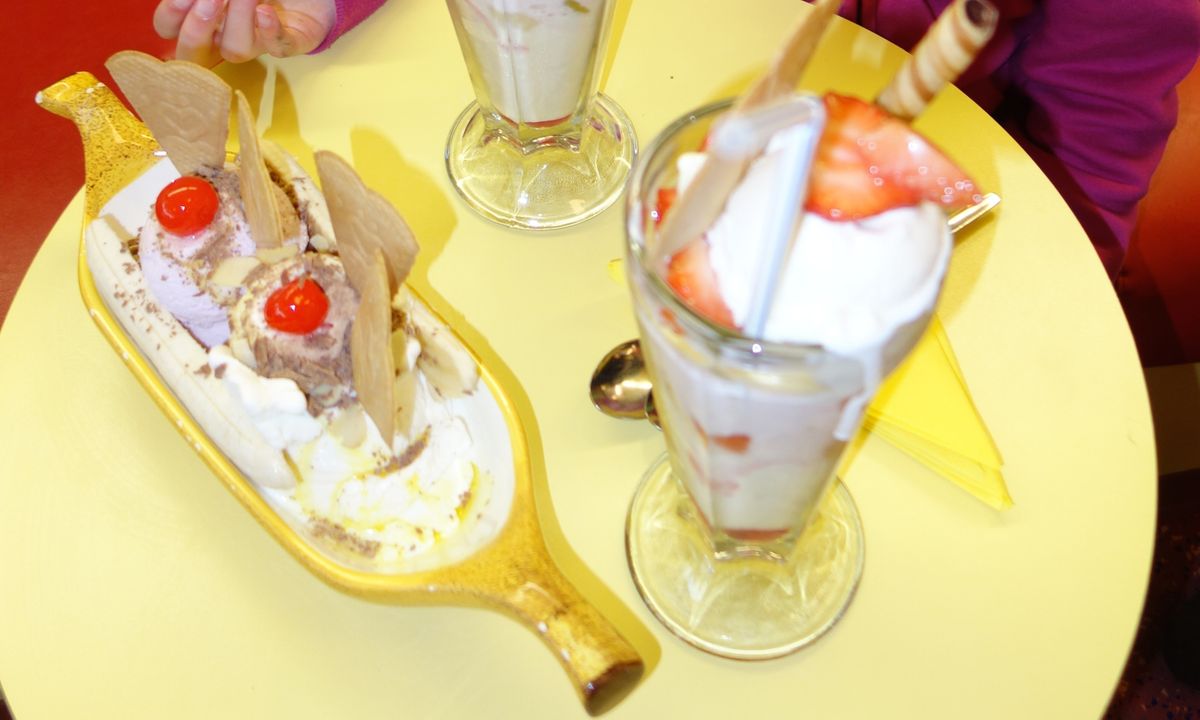 The waitresses’ uniforms are old-school too: think Dinner Lady circa 1950. But the servings are generous, and it’s always good to be reminded that jelly and ice-cream are a match made in heaven.

Devon House is a masterpiece of Caribbean Victorian architecture. Built in the late 19th century as the home of Jamaica’s first black millionaire, it is now Jamaica’s most celebrated ice cream stand.

As you’d imagine, the 27 flavours feature exotic island favourites like mango, coconut, and soursop. The brave, however, will go for a beer-based scoop of Devon Stout. Admission includes a tour of the house and access to the gardens, where there are plenty of shady places to enjoy your ice cream.

Not just one ice cream stand but a collection of many, Ice Cream City in Tokyo has the ideal ice cream to suit your mood. You’ll find stalls selling exotic flavours like soy chicken and unagi (eel), next to others selling traditional Italian gelato and American ice cream sundaes.

A 15-minute walk from Ikebukuro station, Ice Cream City is in the food-themed section of Namja Town amusement park in the Sunshine City shopping centre. There are over 300 flavours on offer, including orchid root and sea-island salt.

7 places every chocoholic must visit