The important thing, our guide Norman tells us at the start of our rhino trek, is not to make any sudden or fast movements. These big beasts might weigh a couple of tons but they can go from nought to 35 miles an hour in seconds. “Be slow and be respectful, these are the rules of engagement,” he says. “Basically we are knocking on their door. If you show good manners that’s when you get results.”

And can we please turn our phones to airplane mode. Poachers greedy for rhino horn – at $100,000 a kilo worth twice as much as gold – are always on the alert for GPS giveaways. 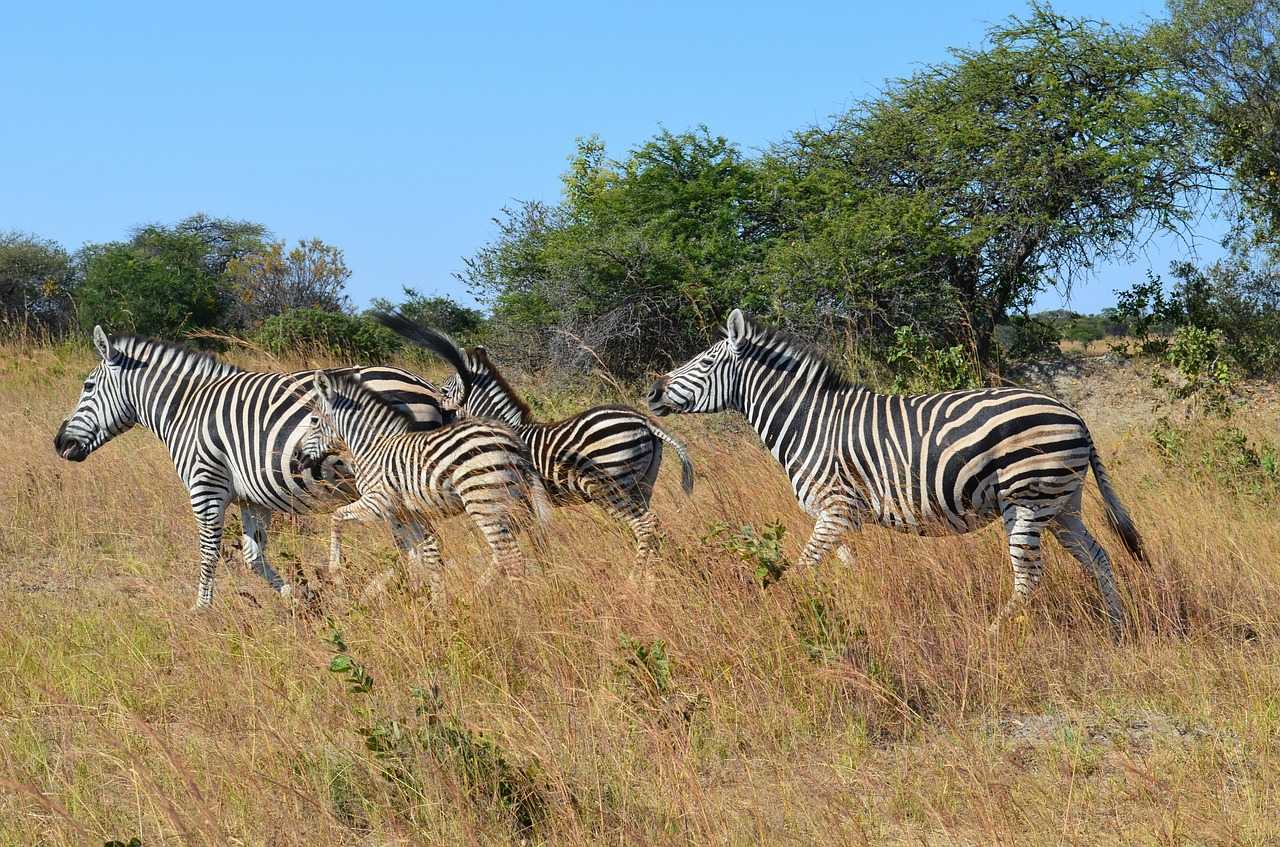 We are in the Matobo National Park in South West Zimbabwe where science and technology are combining with traditional knowledge not only to protect the rhino but to enable visitors to get close to them on foot.

We manage in the early morning light to find and walk to within 20 metres of a “bachelor’” herd of three young males and a younger female who eye us cautiously but not with any apparent hostility.

Then, perhaps inevitably, someone stumbles or steps on a twig and the herd takes off, but fortunately not in our direction. We have the obligatory armed ranger alongside us but no-one wants to put his skills to the test.

Back at the vehicle Norman tells us more about the preservation projects including a de-horning programme, a shoot-to-kill policy to tackle poaching and the involvement of the local community. Guest donations, for example, are given to the village every month but not if any animals have “disappeared” in the meantime.

There are nearly 700 species of birds, as well as 200 species of mammals and over 6,000 species of flora. We see dozens of wonderful birds on our game drives including eagles, vultures, cranes, storks, weavers and guinea fowl as well as the delightful secretary bird, so named because it appears to be walking on high heels and have a feather pen tucked behind its ear.

We also see elephant, giraffe, zebra, wildebeest, buffalo, hippo, crocodile, several types of deer and a cheetah. Some were gone in a flash, others were quite a distance away but one has to remind oneself that this is no close-up nature on TV but the real thing with all the attendant smells and sounds.

Here too we learn fascinating new things: how to tell a lion’s paw print from that of a hyena, for example, how elephant dung infusions can speed up labour, how wild basil is a mosquito repellent and how the leaves of the devil’s thorn plant can lather up into a gentle shampoo.

The stone city of Great Zimbabwe

Zimbabwe has much to offer, both natural and man-made. An example of the latter is Great Zimbabwe near Masvingo in the South East, the ruins of an extraordinary stone city created by the Bantu civilisation between the 11th and 15th centuries, once home to kings, their 200 wives and up to 20,000 of their subjects.

The word Zimbabwe is a combination of Zi (big), mba (house) and bwe (stone);  the designation “great” is to distinguish it from the 250 other “big houses of stone” scattered around the country. So significant is the place to the people’s sense of their history that the word was an almost automatic choice for the country’s name after independence in 1980.

They say its scale – the site covers 200 acres – and its architectural achievements – the valley enclosure has 11 metre high walls of 15,000 tons of stone all built without mortar – should rank it only a little lower than other giant stone structures like the Pyramids and Angkor Wat. The difference is that although this too is a UNESCO World Heritage Site it is relatively unknown outside the country.

Meanwhile visitors like us have the place to ourselves: to squeeze between the giant rocks to get in (the narrow passages only allowed through one person at a time and boulders could soon be rolled down on unwelcome guests), to test the megaphone qualities of the king’s cave and to stride across the highest rock which would have been his throne and judgement seat.

In the valley enclosure we are told that all constructions were curved because corners were more vulnerable to wind and could house evil spirits and in the little museum we see the carved stone birds which were the symbol of the king and are now the symbol of the country.

Our trip culminated in Victoria Falls for which no TV or any other medium can properly prepare you. Known to the locals as Mosi oa Tunya, “the smoke that thunders”, the sound and the spray can be seen and heard even as you drive into the village. Close up the sight is staggering. At the end of the wet season in March and April an unimaginable 500 million litres of the Zambezi river cascade over the rocks every minute along six differently named sections.

At some points, the spray which can rise to over 1600 ft is so voluminous you can barely see through it. Even the full length hooded raincoats you’re provided with cannot stop you getting soaking wet. An unexpected enchantment are all the rainbows which suddenly appear and as suddenly vanish.

You can bungee jump off the bridge which spans the river and links Zimbabwe to Zambia or zipwire across it or swing out over it or edge along the walkway which runs underneath. Or you can just be there – for me the place was more than enough of an adrenaline rush though I did splurge on a 13 minute helicopter flight for another dazzling perspective.

We covered nearly 700 miles over roads that were generally straight and reasonably smooth, stopping en route to buy roasted corn on the cob and honey at road side stalls or beer and other provisions at well-stocked supermarkets during the day and at night staying in accommodation ranging from smart hotels to charming safari lodges with thatched roofs and baboons scampering across the lawns.

We ate hearty buffet breakfasts and dined on typically international dishes but also on warthog steaks, eland meatballs, crocodile tails, impala stew, maize meal porridge called sadza and vegetables like blackjack which is similar to spinach. I even ate my first – and last – mopane caterpillar.

In most places ours were the only white faces but we were greeted throughout by welcoming smiles and the friendliness for which Zimbabweans are renowned. Even the names suggest warmth: we met a Blessing, a Wisdom, a Givemore and a Lovemore. It is early days, of course, for the new regime – as one shopkeeper told me “we’ve smelled change but we haven’t actually seen it yet” – and most residents recognise recovery will take time. But the signs are auspicious and the sense of optimism is almost tangible. Zimbabwe really does seem to be “open for business”.

FLY: RwandAir return fares to Harare via Kigali start from £576 with cheaper deals in low season.

where is Florence, Florence Italy